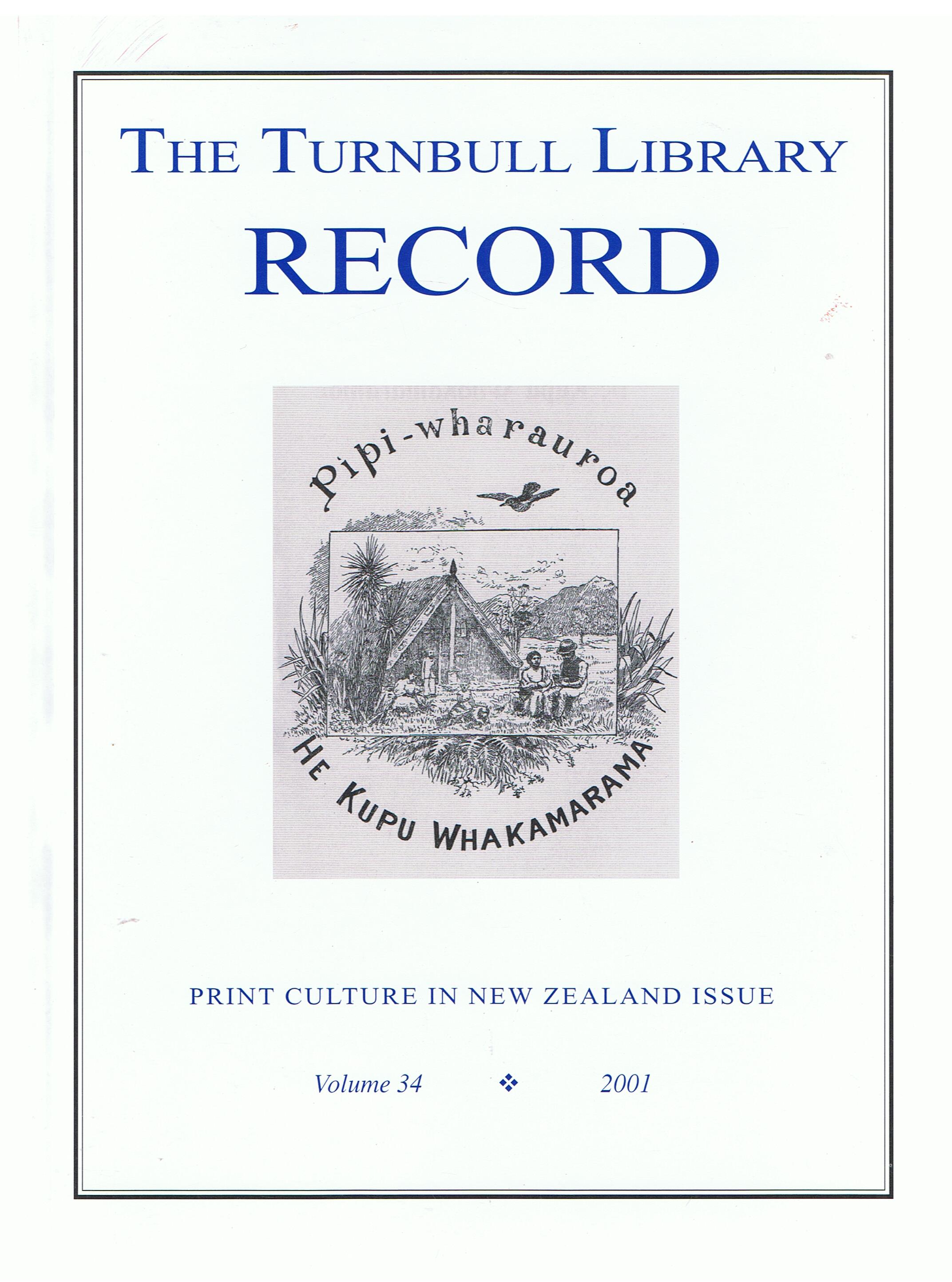 Card Covers. 136 pages, b/w illustrations. Articles: A tribute to Douglas Lilburn ONZ (1915-2001). The country's most renowned composer was a devoted champion and major benefactor of the Turnbull both through his estate and by establishing in 1984 the Lilburn Trust, and donating to the Library his important collection of music scores and papers. Print culture in New Zealand. An introduction to this special issue reviews activities over the last seven years supporting research in this field of New Zealand cultural history. The Howard Collection. The Turnbull's special printed collections include a small but select group of Bibles and liturgical texts, mostly dating from the 16th century in England, donated by an English collector. British architectural books in colonial New Zealand. Early settlers and architects in New Zealand benefited from access to a rapidly increasing range of printed material including periodicals relevant to architecture. 'E manu, tena koe!' O bird, greetings to you. Bird images in the Maori language newspapers (1840s-1930s) show the link between Maori oral traditions and the new means of communication through print. Visiting the volcano. Two of the most eminent Englishwomen travellers of the 19th century, Isabella Bird and Constance Gordon Cumming, both spent time in Hawaii and wrote of their visits to the active volcano Kilaulea. A typographical genius? An examination of the styles used by Bob Lowry in the four issues of Phoenix, the magazine of the Auckland University College Literary Club, in 1932-33. Aventur und Kunst in New Zealand. The artist Leo Bensemann's "creative imagination" played an under-recognised role in the achievements of Denis Glover's Caxton Press in Christchurch from the 1930s on. Alan Loney, Ted Jenner and The Love Songs of Ibykos. Alan Loney, the most prolific private press printer of his generation in New Zealand between 1975 and 1998, worked for almost two decades on a limited edition of Ted Jenner's translation of the complete poetic fragments of Ibykos.